The Great Wizard Merlin spent nearly a decade inside the fearsome Chateau Blanc, imprisoned and enslaved by the maniacal King of Swords and forced to conjure black magic at will.

In his hasty escape, Merlin was unable to retrieve his most sacred possessions and the source of his power – the Dragon Eggs of Aether. It is rumored that whomever is the keeper of the eggs will have the power to rule the known kingdom.

As his apprentices, Merlin has tasked you with recovering the eggs but access to the castle is not so simple. Posing as a group of peasant thieves you have been intentionally caught red handed and thrown into the dungeons. Due to be executed in exactly 1 hour, you must escape the dungeon and find a way into Merlins former lair.

By working quickly and thinking on your feet, you may very well escape the gallows that await…

SPLIT ROOM: This is a Split Start Room – you will be seperated into two (nearly) identical medieval prison cells at the beginning of the game. As your progress throughout the quest you will be rejoined as a team. 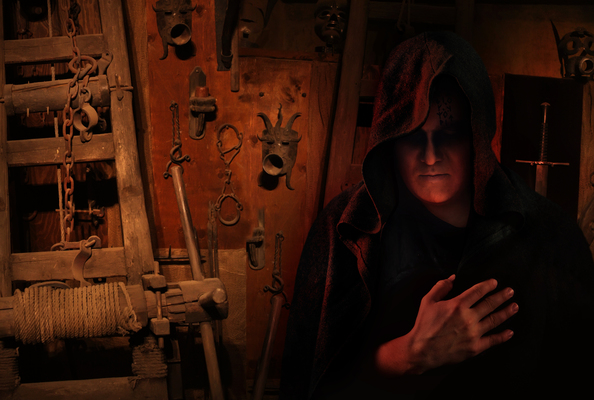