At the corner of Agricola ( around the corner from the famous landmark, Gus' Pub and Grill, and Ace Burger Co.)

Had a great time saving Halifax, a very challenging and fun experience. Appreciated the connection to the history of Halifax. Definitely recommend.

The year is 1912 and you are on the maiden voyage of the RMS Titanic. The air is filled with excitement as you and your fellow first class passengers are celebrating your good fortune by being on this wondrous ship. Nothing has been spared. Every detail has been considered, every whim has been attended to. This is the epitome of living life at its best.

While you are patting yourselves on the back and offering self congratulations at every turn a sinister force is working its way below the surface.

Passengers notice small items missing: pocketbooks, wallets, and bracelets. Finally, a notice goes out to the passengers. “Attention First Class Passengers! It appears there may be a thief in our midst. Many small yet valuable personal items appear to have been pilfered in the last 24 hours. Please be on the lookout for any suspicious characters or activities. A reward of $100,000 has been issued for the most valuable item taken so far, “The Black Swan” necklace. Not only is it almost priceless, it is said to have played a pivotal role in the Naval War efforts. Please remain vigilant.”

Indeed, petty theft is the beginning, but what is in the works is absolutely diabolical. Behind the scenes a villain with a grand scheme has put his plan into motion. The mastermind is none other than Fredirick D. Drunpf. He is a failed New York City businessman and an unsuccessful gambler and playboy. Taking a small fortune from his hard working father, he has managed to squander it on unsuccessful business schemes and frivolous personal enjoyment. His greed is only surpassed by his ego. Faced with certain public ridicule and poverty he set out on a mission to secure his future.

While the Titanic was being built Frederick Drumpf used what little money he had to put on a facade of a rich, new money, aristocrat. He convinced the builders of the Titanic to allow him to design and decorate a first class cabin to his “very high standards.” He even chose where the cabin would be. The location of the cabin was central to his plan. He chose a spot that was adjacent to the main steering column of the ship. You see, Mr. Drumpf’s plan is simple yet elegant. He had used all of his remaining money to buy insurance against the Titanic sinking. Insurance was unbelievably cheap because the ship was “unsinkable”. The payout was 1,000 to 1. Having secured insurance, his next step would be to commandeer the ship’s steering apparatus and smash the Titanic into an iceberg rendering it totally and fatally damaged. Drumpf, having some sailing expertise and a rudimentary knowledge of naval engineering, was able to conceive of a plan to sink the Titanic while escaping and enriching himself in the process.

Now my friends, it is up to you to follow the clues and stop Drumpf’s evil plan from being executed. It will take cunning, observation, and teamwork. The fate of 2224 innocent lives are in your hands. 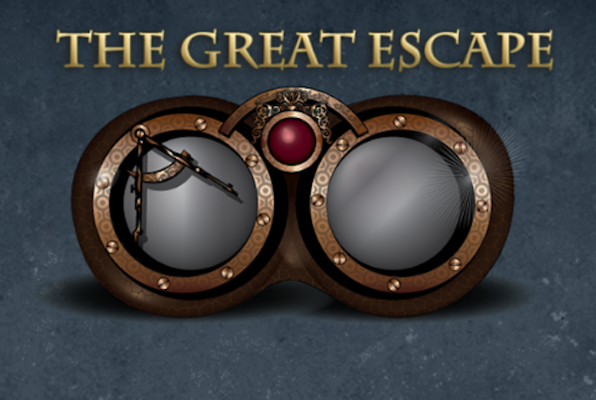