Located on the second floor

My husband surprised me for my birthday at Locked for my first escape room experience. Of course he chose Asylum. I have to say I was quite skeptical at first but I had the best time! Although we didn't make it through we came so close. It was just the right amount of creepy and we will definitely be back!

Abandoned and untouched since 1960, this asylum continues to remain a haunting mystery. Plenty of disturbing tales and secrets construct its history – one that no living soul has ever been able to tell. For all those who set foot into the building never saw light again. Identities of the patients were burned and their belongings locked up in an attic.

Rumors say that those admitted were tortured and used as test subjects. Upon death, they were buried in nameless graves and forgotten. The answer that surrounds this scrutiny lies deep in the shadows of the Asylum. Will I uncover the truth or is this the end?

Players will be handcuffed at the start of the game. 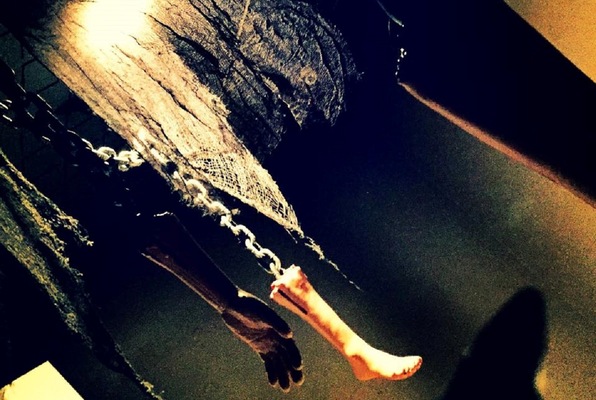 Reviews of escape game "The Asylum"