Escape game The Hidden Treasure of the Grand Carnival[Closed]

It has been six months since these famous words have rang out from within the circus tent located inside the Grand Carnival. The sudden disappearance of Maurice Rousseau, the world famous circus ringmaster, may be the final curtain call for Circus Hullabaloo.

Following his disappearance, it was discovered that all of his belongings, rumoured to include his golden hat, were left behind. This hat, said to be worth millions, remains hidden somewhere within the carnival grounds, its location known only by Maurice himself.

You and your crew of treasure hunters have taken it upon yourselves to track down the location of Ringmaster Maurice’s golden hat. After your preliminary investigation, you have come to believe that this hat is somehow linked to Bruce the Tiger, Maurice’s favorite circus animal.

You must move quick as time is not in your favour. In approximately one hour, bruce the tiger will have awoken from his afternoon nap. He is not fond of strangers and has acted very strange since Maurice’s disapparance. Good luck with your hunt! 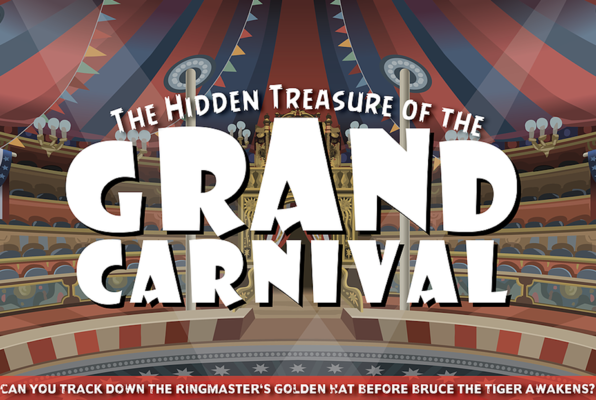 Reviews of escape game "The Hidden Treasure of the Grand Carnival"